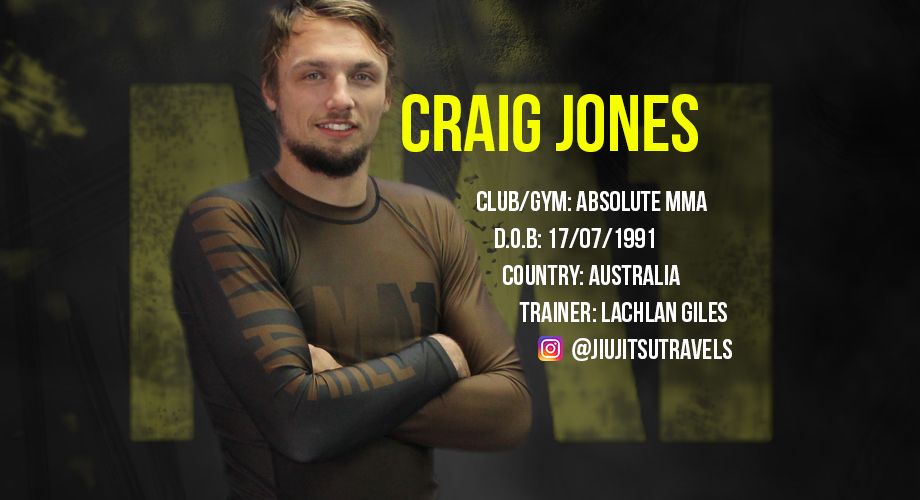 Craig began training Jiu Jitsu and MMA in Adelaide in the late 2000's after being exposed to the UFC. At first he had intentions of competing in MMA but after his first few BJJ tournaments he realised he enjoyed pure Jiu Jitsu much more and set his sights on that. Whilst still training in Adelaide Craig was able to achieve some State and National level Gold medals but to take his training to the next level he moved to Melbourne.

After starting to train with Lachlan Giles, who in Craig's opinion is one of Australia's best athletes and instructors, he has since been able to qualify for the ADCC Championships and has also became Australia's first male to win an IBJJF world championship. As of 2016 Craig is an instructor for the Absolute MMA team and an MA1 sponsored athlete.

Craig Jones is a Brazilian Jiu-Jitsu black belt, Polaris Middleweight and Light-Heavyweight Champion and ADCC Silver Medallist. In 2017 he shocked the world at ADCC by submitting 5-time World Champion Leandro Lo, BJJ legend Murilo Santana and UFC legend Chael Sonnen. His 2017 submission of Lo earned him Flograppling's "Biggest Shocker of the Year" award and his other performances earned him the "Breakthrough Grappler of the Year Award". In 2018 he defeated MMA and grappling legend Jake Shields within minutes to claim the Polaris Middleweight Championship and later in the year he also beat out Keenan Cornelius to claim the Polaris Light-Heavyweight Championship. Outside of Jiu Jitsu Craig has also completed his Bachelors in Behavioural Science (Psychology).

The accessibility of the superstars, you can travel the world and train with anyone in the sport for a reasonable price. You could directly contact any of the athletes and generally get a response. How many people get to play basketball with Kobe Bryant or kick a football with Gary Ablett?

Take it slow. A lot of people see experienced guys training everyday and jump right into it, if you’re body isn’t conditioned to that level of training you will likely get injured. Set backs like that can be really frustrating and lead to a lot of people dropping out of the sport.

Guys like Lachlan Giles and Kit Dale. These guys dedicated themselves to a sport that at the time didn’t have much of a career path nor were the sponsors or events there to compete professionally. There weren’t even many Australians achieving strong, consistent, international, competition results but they kept chasing the dream and paved the way for a lot of younger guys like myself.

An interest in Mixed Martial Arts

What music are you into?

Teaching and still competing as regularly as my body allows.

BJJ marketing. Taking advantage of white belts and selling them fast tracked learning or a dvd of secrets. I believe this distracts a lot of people from the truth, that the journey to being good at jiu jitsu is a long and gruelling process.

What would you be doing if you weren't fighting?

I was studying psychology at university before dedicating myself to jiu jitsu. So I think something within that field whether practicing or being involved in research. 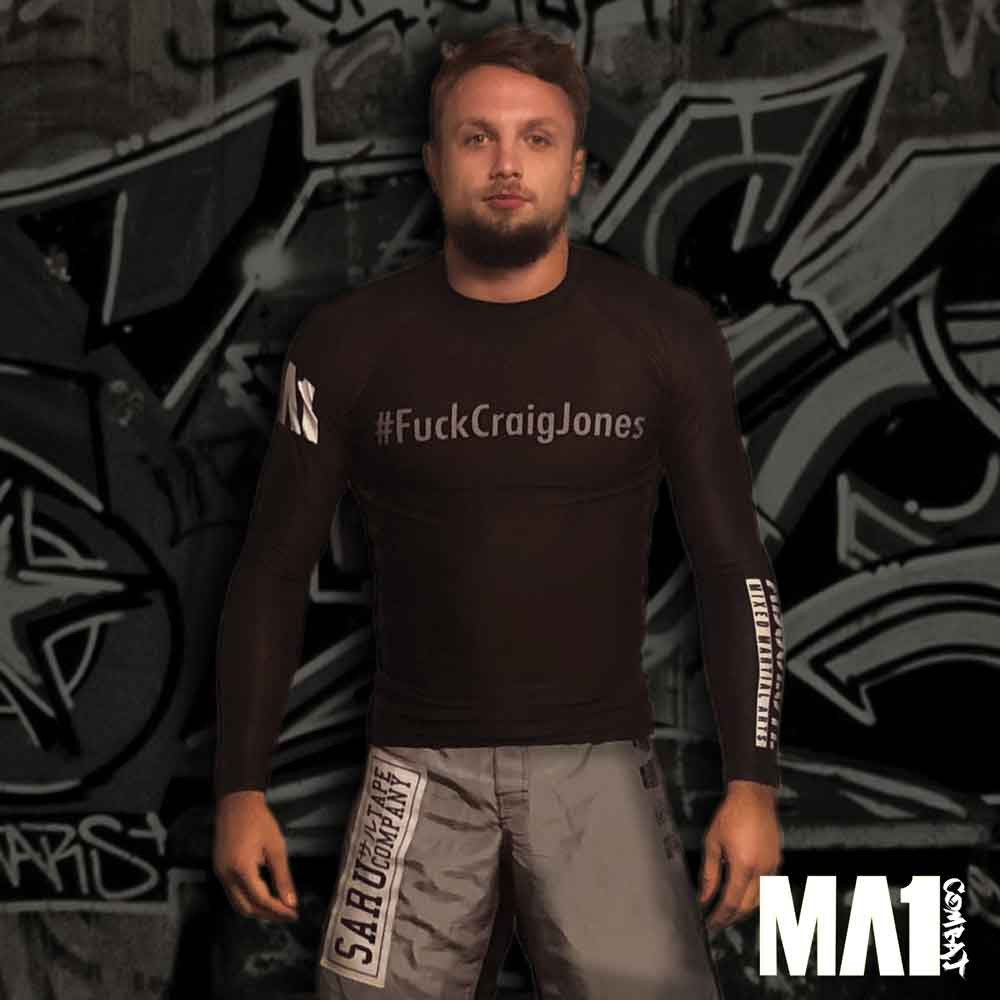